The AVMS GmbH - About us

Our history and the management

The story of any business is part of its success and stories need to be told. Ours is now almost a quarter of a century old and we look back with pleasure. We would like to share this with everyone and tell you with shining eyes about days gone by.

Michael Weiland, coming from PIK AG, founded AVMS in Teltow near Berlin in 1995. In the first years AVMS concentrated on fixed installations in and around Berlin due to the origin of the company founder. Thus we were involved in the media-technical installations of the party headquarters of the CDU and the SPD. Since then, a great partnership has developed with Allianz Versicherung. Museums were equipped and much more….

In the following years, AVMS continued to develop and the rental business was also integrated. In 2001 AVMS became a member of the Karow Group and was an addition to the group for the Berlin market. The founder of AVMS died in the same year after a short serious illness.

Due to September 11, 2001 and the economic crisis triggered by it, the Karow Group was not able to maintain its previous success and the business model had to be dissolved. The parent company in the Karow Group, Karow TV, had to file for insolvency in 2003.

AVMS GmbH thus set off again on its own and under new management on a very successful journey from that day on.

Knud Hackradt, Matthias Wolf and Janosch Auth took over AVMS and opened the Frankfurt office in January 2003. This was a milestone that was to change everything from now on.

After two Siemens world tours, countless trade fair stands, events and permanent installations for Telekom in Bonn and Frankfurt, among others, the company continued to develop.

Until the world economic crisis in 2008, a truss and lighting department was thus built up, through the takeover of Createc in AVMS. The very diverse clientele secured AVMS further years of normality in 2008 and 2009 and the crisis largely passed the company by. Matthias Wolff will leave the company at the beginning of 2008.

In 2016, the ailing Panel5 in Hanover was taken over and integrated into the AVMS Group. Together with the shareholders Andre Kaschel and Martin Ruoff, the integration into the group took place without any problems. From then on, AVMS Hannover GmbH developed into another top location in the AVMS family.

In 2020, AVMS will be one of the top service providers in media and event technology with four locations and around 75 employees. The motto “Visions come true” from 2004, continued to be developed with enthusiasm. AVMS is now a 360° service provider that offers ideas and solutions in addition to technology from the fields. 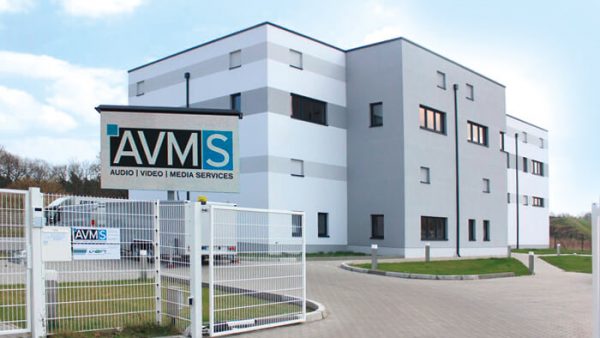 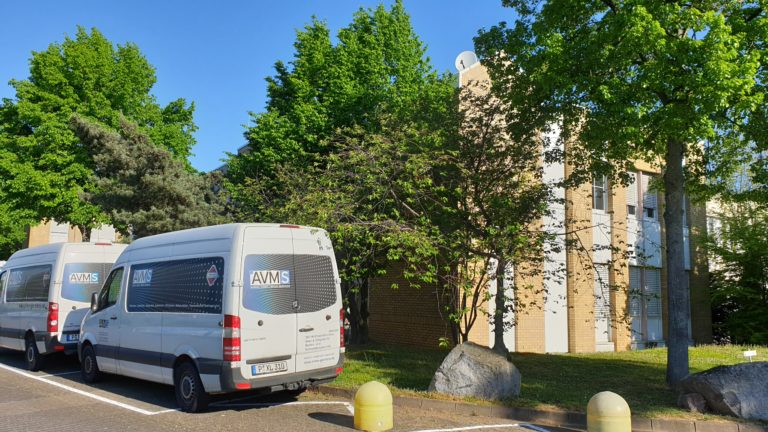 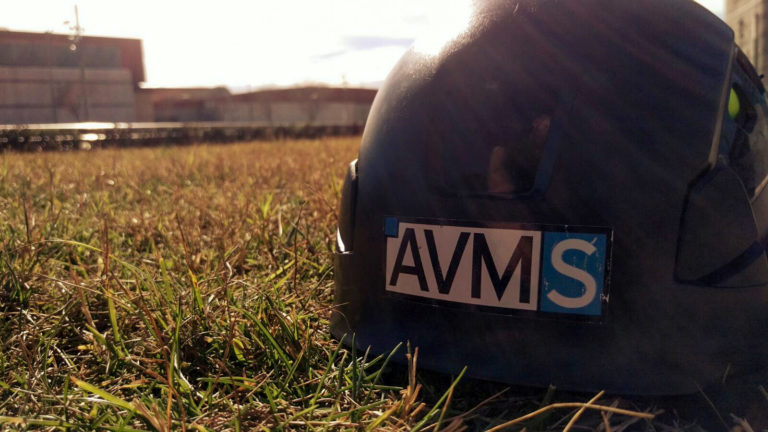 AVMS Values - What makes us tick

Knowing one’s values creates a solid foundation for satisfaction and success in life and work. We take responsibility in every situation in life by acting in a respectful manner towards our fellow human beings. We trust our employees and partners and thus create a basis for fair and loyal cooperation. An open error handling and a resulting constant improvement culture creates exactly the reliability that you as a customer rightly expect from us. In doing so, we are happy to face the changes in society, industry and technology in order to always inspire you with state-of-the-art solutions for your projects. 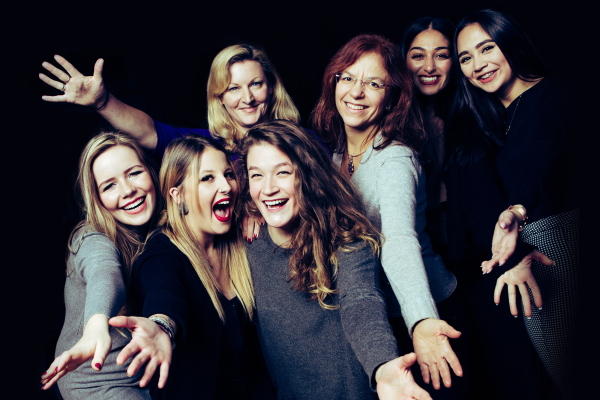 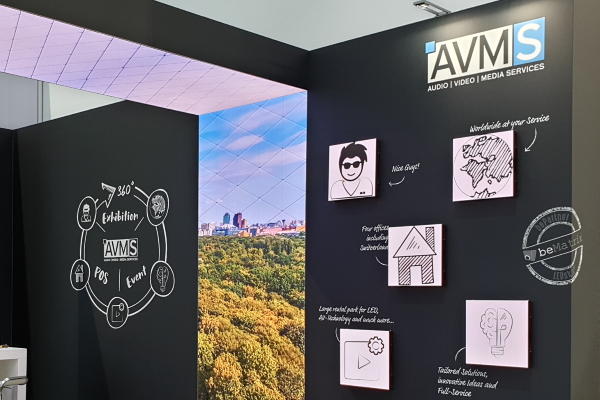 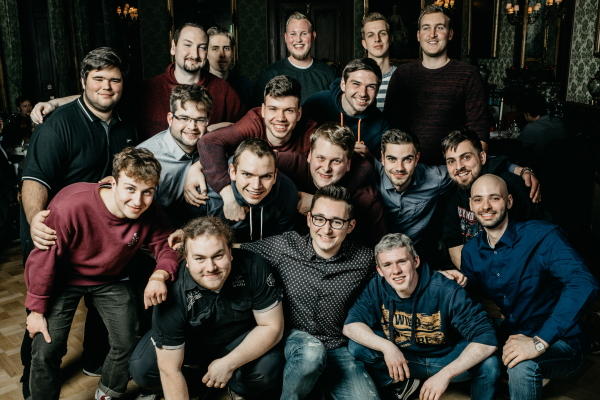 In view of the growing challenges posed by environmental pollution, the consumption of non-renewable resources, climate change and other environmental burdens, sustainable and environmentally friendly behaviour and actions are becoming increasingly important in all areas of human life.

For us, too, the question arose as to where and how we make our contribution. To do this we first had to understand our own ecological footprint.

Trade fairs and events are not a very ecological business. How can we make this more environmentally friendly in the future? To do this, we looked at our entire processes and simply questioned everything. We knew we had to break out of our comfort zone. From the right answers we have developed new solutions.

Our rental equipment is almost exclusively stored and shipped in sturdy durable boxes and cases. Packaging material from new deliveries is temporarily stored and reused for goods for sale. With this measure alone, we were not only able to save a lot of waste, but also significantly reduce costs in this area. In our office processes, paper is constantly being replaced by electronic processes. By this we don’t just mean that faxes are being replaced by emails.

Today, we have built up a different understanding of sustainability and integrated a new system as a team with all employees. We were able to save over 70% of paper, reduce the purchase of new packaging materials by 90%, reduce fuel consumption by 30% through rail travel and also minimise electricity consumption in all branches with LED lights and motion detectors. We will not let up in our efforts to optimise our actions in an environmentally friendly manner. 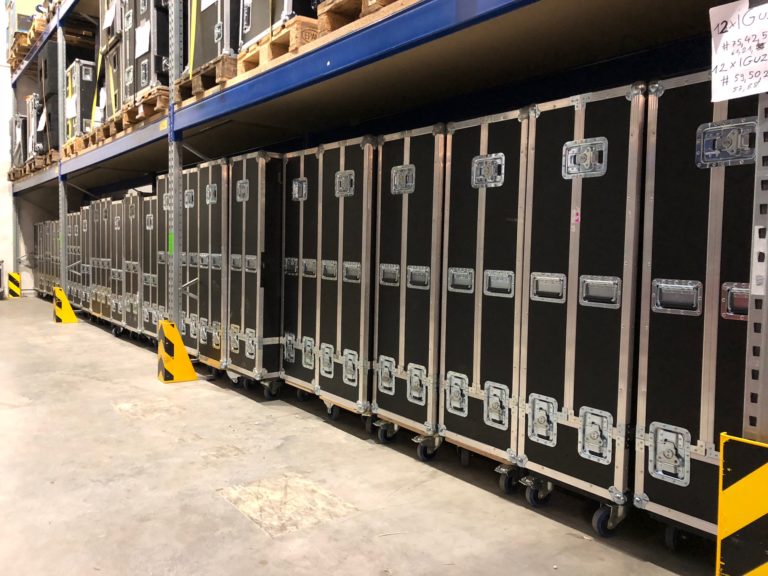 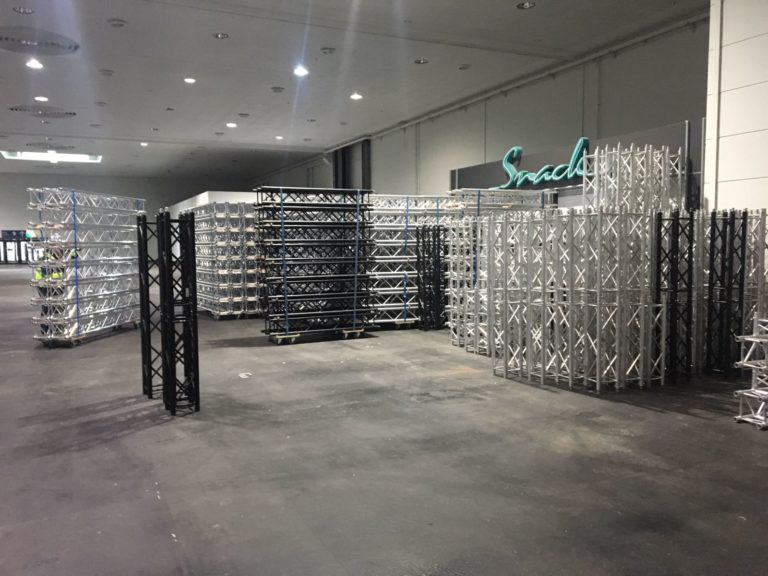 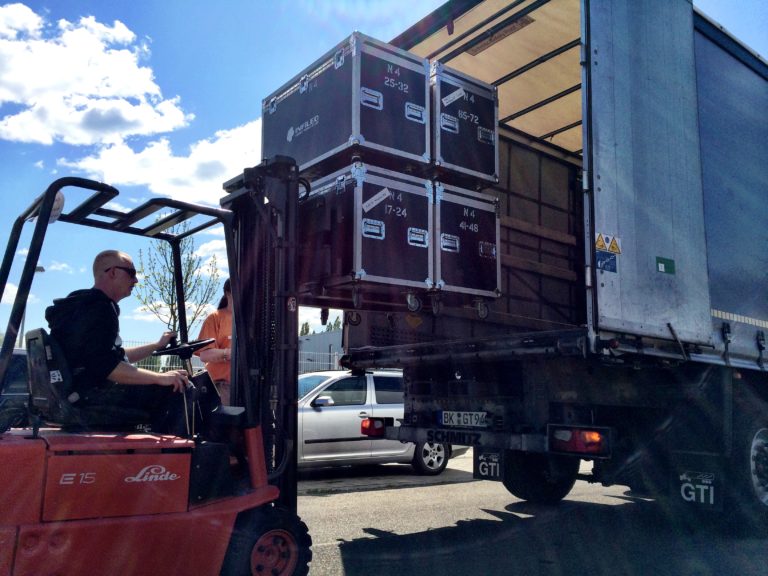 Our partners for professional event technology and locations

We have a long-standing partnership with many manufacturers and organizations. AVMS has beenclosely associated with Sony since 1990 through the company’s founder and current shareholders .AVMS has as Sony Broadcast partner launched the first LED walls on the market. In the year 2000 at the Expo in Hannover we installed the largest LED wall at that time at the Telekom cube. We also have many years of successful cooperation with other manufacturers. With the company Samsung we realized many exciting projects. Samsung was introduced to the German rental market by us and clearly positioned there. The first showrooms and training rooms were implemented in-house by Samsung at AVMS.

Exactly 10 years ago we met another companion at the ISE trade fair in Amsterdam. We are proud to have introduced the company INFiLED with its high quality LED products to the European market. From the very beginning, we refrained from developing our own brand name and took a joint approach with the manufacturer. We value the products and are pushing their use more than ever. AVMS is responsible for the planning and implementation of the INFiLED exhibition stands in Europe. The LED repair center in Hanover is perfectly equipped for INFiLED products.

Many other suppliers have meanwhile become not only partners, but rather friends. We would like to thank all our partners for this long-standing trust. 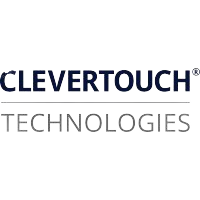